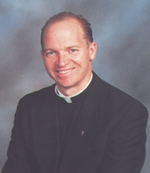 History Of Our Community

The St. Paul Greek Community was officially recognized by the State of Minnesota on May 23, 1918. This event followed by many years the first Greek arrivals to our city. Their immigration to the State of Minnesota had begun several years earlier, following the end of the American Civil War, but the first arrivals of Greek immigrants to St. Paul were railroad laborers employed by the Great Northern and Northern Pacific Railroad Companies to work as construction and maintenance workers. They worked hard long hours, they lived on the trains and went wherever the line took them. These men withstood many hardships and deprived themselves of the simple pleasures of life because their ultimate goal was to save their money and return to Greece for the life they had been accustomed. Some of them did just that; many of the others stayed. After the March to October working season was over, they would spend their winters in St. Paul where they could find jobs not far from the Railroad employment offices. This temporary but periodic stay gave them roots and a place they could call home away from home. Little by little, the winter jobs became permanent ones and the monies saved for Greece became the nucleus of privately owned businesses. Soon other Greeks living elsewhere in the Union relocated to St. Paul with their families or started their families here. 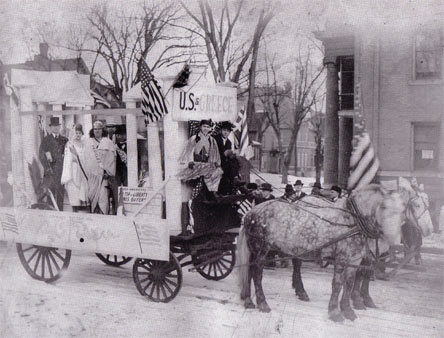 Thus, in 1900 there were about 25 Greeks in St Paul and 4 Greek-owned stores. Ten years later the Greek population was estimated at about 100 people, 30 permanent families, and 20 stores. By 1923 the number of Greek families had increased to 88 with 330 children and 78 stores. Businesses of various types were sprouting all over the city and especially in the downtown area.

In their efforts to become established and independent, the Greeks of St. Paul did not become selfish, did not forget where they came from. Their Orthodox traditions and their Greek heritage were ever present, and they demonstrated that quite frequently. Their feeling of belonging was satisfied when they established the Greek community of St. Paul on October 2, 1916. Finally, on May 23, 1918, the State recognized officially its existence. As a community, they held several social events during the year, the highlight of which was their annual picnic.

The need for a church in St. Paul had not been very urgent in those years for one simple reason. The sister city of Minneapolis with a much larger Greek population had grown much faster. They had completed St. Mary’s Greek Orthodox Church on East Lake Street, and that site was found very convenient for the Greek families of St. Paul to attend church services. As a matter of fact, practically all of the newborn children of St. Paul were baptized at St. Mary’s and most of the wedding ceremonies also took place there. And all this was made possible through a mutual agreement between the two communities to enjoy equal membership privileges; because of this understanding, the building of the St. Paul church was delayed until 1939, although many sporadic efforts had been made for it at various times before then. 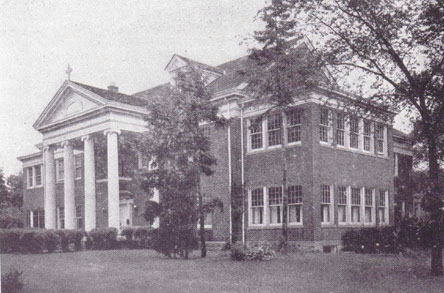 The church now became the center of Orthodoxy and Greek heritage for many to the St. Paul families; it became the focal point of all the community activities. It served well the community which consisted of the permanent families, the newcomers, and the periodic visitors. Its first priest, Father Cappoyannis, remained with the St. George community until 1948. He was followed by Father Speliopoulos, who served the community until 1950. Father Vasiliou, the community’s third priest, served for the longest period (1951 to 1963) and still serves our community on a part-time basis whenever the need arises. Father Vasiliou was followed by Father Rassias (1963-1966) and then by Father Angelis. 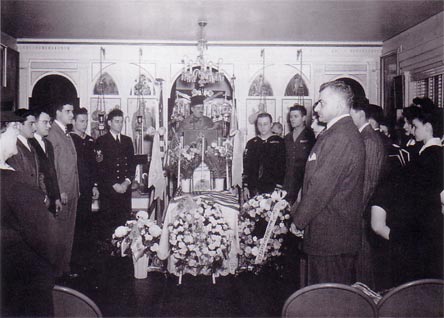 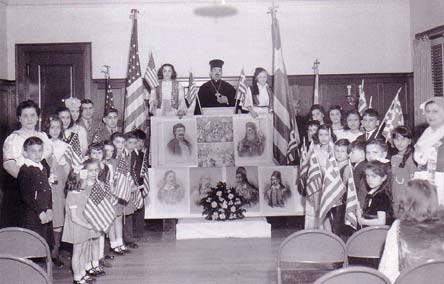 As the years passed, the community grew and matured and the feeling that “today is the time to plan for the needs of tomorrow” grew stronger and stronger until the following letter, which started with the above phrase, was written by a group of three ladies of St. George community.

The letter, which was dated on August 8, 1960, continued on: “It has become apparent to many of us in the community that with the ever-increasing population, our present church facilities will become inadequate in the not- too-distant future.”

“With this in mind, we would like to lay the groundwork for ‘tomorrow’s church’ by bringing together a small group of progressive and interested persons to discuss and promote a ‘Building Fund’."
“Thank you for your faith in the future of our Church.”

The consequence of this initial effort was the establishment of the New Building Fund Committee, which, according to Their February 14, 1968 final report, was successful in building thru May 1, 1967 a savings account in the amount of $22,315.83, a sizable sum.

One may say that the timing was perfect, because on March 14, 1967 a fire of unknown origin destroyed the interior of the Church building, to the extent that it became necessary to build a new church as soon as possible. 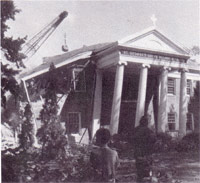 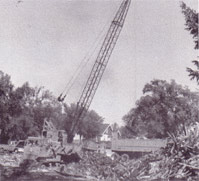 The altruism with which the St. Paul Greek families had been known to respond in moments of great need came forth again. Through private donations and community group contributions, through hard work and with help from the St. Paul community, not only temporary shelter was found for the church services of the St. George Parish but the new church was on its way up.

Within a few weeks following the fire, as the new Spring growth was filling out the trees at the corner of Lexington and Summit, the OLD Church building was being razed to give way for the NEW one. A few months later, as the first snow covered gently the earth where the fallen building once stood, the sound of bulldozers and the ground-breaking ceremony that followed gave notice that the NEW church was under construction. 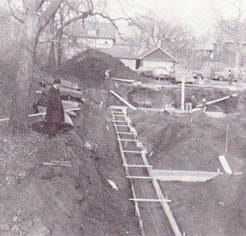 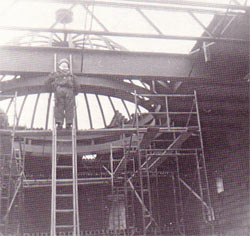 Construction of New St. George Church on Lexington and Summit

On February 25, 1968, his Grace Bishop Timotheos officiated in the cornerstone ceremony, which was attended by man dignitaries and the entire community. Finally, on July 5, 1968, the first church service was celebrated in the new church. There were no pews yet, no stained window, no pulpit, no dome paintings. As a matter of fact, it took the better part of the next five years for the acquisition of the many necessary ornamental items which surround the faithful whenever he is seated inside the Nave. And it was the gracious generosity of our parishioners that made these additions possible. 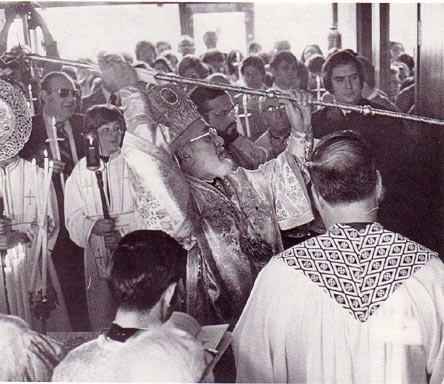 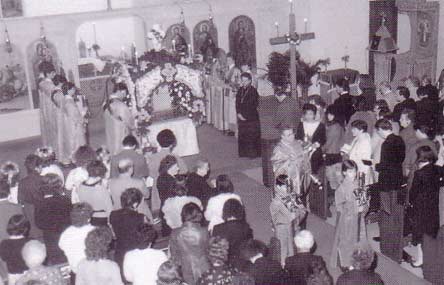